Blood Money Movie OTT Release Date: The film is directed by Sarjun KM, known for helming the Nayanthara-starrer Airaa and a segment titled Thunintha Pin from the Netflix anthology, Navarasa. Blood Money has music by Satish Raghunathan, while G Balamurugan has served as the director of photography, with Prasanna GK handling the editing. Produced by Irfan Malik through Emperor Entertainment, the film will premiere on ZEE5 on December 24.

The first-look poster of Priya Bhavani Shankar’s Blood Money has been unveiled yesterday by filmmaker Venkat Prabhu and actor Arya. The film also stars Kishore and Shirish of Metro-fame in supporting roles, and the poster features both the actors along with Priya. 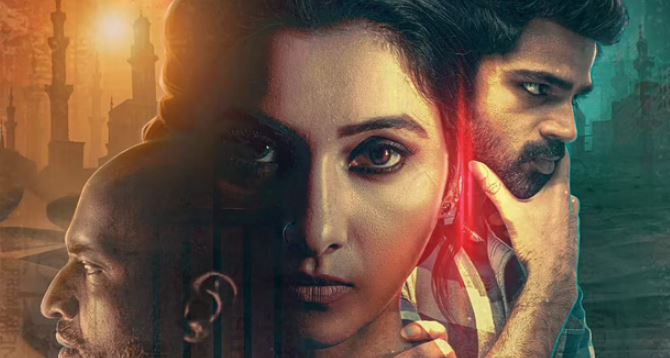 Priya Bhavani Shankar, Kishore and Shirish and others.