SJ Suryah’s Vadhandhi Web Series OTT Release Date: Vadhandhi is a dramatic thriller web series directed by Andrew Louis, who made a film called Kolaigaaran. SJ Suryah is going to make his OTT debut with the Vadhandhi series. the title has unveiled at the Amazon Prime Video Presents event and all the cast and crew have graced the event. very soon the series will be streamed on Prime Video. 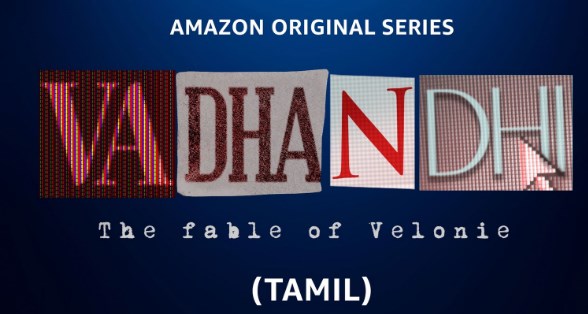 Vadhandhi: The Fable of Velonie series is about the murder of a beautiful young girl, an unrelenting obsessed cop, a novelist captivated by her grace, and an opportunistic news editor.

Thanks to the digital revolution, a new kind of content the audiences are experiencing, OTT has opened a gateway for talented technicians. However, the Vadhandhi series is backed by Amazon Prime Video, and very soon makers will divulge the OTT release date.

Vadhandhi is going to be an intense dramatic thriller. as of now makers have unveiled the title only, makers will announce all the details in the coming days. stay tuned with us once we get the official news we will update.