Top10 Richest Kollywood Actors 2022: Indian Cinema has changed a lot in every aspect as its making or actors and technicians remuneration and the film overall budget what not, right now producers have been spending a lot of money for a product especially superstars as they are taking huge remunerations and that might be one the reasons for making a film in large scale, However, a lot of fans and movies lovers are curious to their heroes net worth and remunerations, moreover if your one gaming them and you’re also curious to know then your at the right placed and in this article you will get Top 10 richest Kollywood actors. 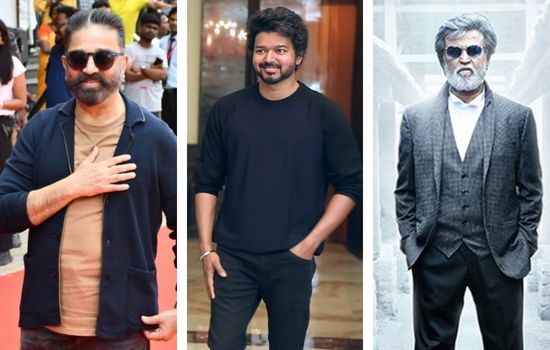 Kamal is known for his versatility as he can fit into any role moreover, despite the flops he always wants to make unique films and he is known for that, his films are made with a huge budget but hi takes 25 crores each film, However, he basked the blockbuster with Vikram, and reportedly his net worth is around $57 million.

Suriya is one of the most talented actors in Indian Cinema, undoubtedly he gained fans across the languages, as he basked blockbusters like Soorarai Potru and Jai Bheem, and recently he appeared in special roles in Kamal Hasan’s Vikram, However, Suriya charges for each movie around 25 crores and reportedly his net worth around $25 million.

Ajith is a mass hero in Tamil as on his movie release day it was like a festival for his fans, Ajith is a definition of mass as Vivegam, and Valimai was the best action film in his career. However, Ajith charges each movie around 50 crores, and as per the reports his net worth is around $23 million.